Bleeding in pregnancy can have a variety of causes. Find out the reasons why it could occur and when you should seek help.

Bleeding during pregnancy can be quite alarming and frightening for women as it can indicate that your pregnancy could be having problems. This blog explains the possible causes of bleeding in early pregnancy through to labour, to help give you a better understanding of what is normal and when to contact your midwife or maternity assessment centre.

The 1st trimester- before 12 weeks

Bleeding before 12 weeks of pregnancy can be quite common. Your baby is still an embryo and is developing and changing at a rapid rate, as well as your placenta starting to embed and grow into the blood rich wall of your uterus. Spotting during the 1st trimester can be the result of this embedding process, as the growth of both the baby and placenta may cause a small loss of blood. If the bleeding becomes more than spotting or is accompanied by pain, contact your GP or your local hospital for advice. They will be able to talk about your symptoms with you and may advise that you stay at home or that you need to attend hospital to be checked over. Bleeding and pain can indicate that a pregnancy is miscarrying and will ultimately be lost, but equally it may settle down and you will continue to have a healthy and problem-free pregnancy.

The 2nd and 3rd trimester

Bleeding after 12 weeks of pregnancy is less common but can still happen. Sometimes there is no obvious reason for this, despite investigations that the hospital may do to try to find the root cause. However, these are possible reasons that you might experience bleeding during this time.

Placenta praevia means that your placenta is either partially or totally covering your cervix (the neck or opening of the womb). Women who have placenta praevia or a low-lying placenta (often seen if you have a 20 week anatomy scan) can expect their placenta to have a good chance of moving away from the cervix by their 3rd trimester. This is because the lower segment of the womb grows during this time, which means that the placenta moves with it. However, for those whose placenta doesn’t move and remains completely or partially covering their cervix, the best option for birth would be a caesarean section. A vaginal delivery would carry a high risk of bleeding and of the baby experiencing difficulties during a vaginal birth, due to a high risk of bleeding and the placenta being born before the baby.

You will be offered serial ultrasound scans during your pregnancy to check if your placenta has moved and your consultant will be able to discuss the results of these with you, along with the recommended mode of delivery/birth.

In the unlikely event that your placenta remains covering your cervix, it is quite common to have more episodes of bleeding as your pregnancy progresses as your uterus is becoming more stretched and the lower segment, where your placenta will be if you have placenta praevia, develops and stretches more during the 3rd trimester.

An ectropion is a patch or layer of glandular cells on the cervix. It can develop because cells from the cervical canal have formed on the outer part of the cervix. Ectropions are found when you are not pregnant, in fact you can be born with an ectropion. They are more prone to bleeding during pregnancy due to hormonal changes and as the cervix develops a more robust blood supply due to your pregnancy, in preparation for the birth. They can also bleed during sex. Although any unusual vaginal bleeding should be checked out whether you are pregnant or not, if an ectropion is diagnosed it is not a sign of cervical cancer.

This is a serious condition where the placenta either partially or completely separates from the uterine wall. It usually involves bleeding, but the bleeding can be concealed. It is often, but not always accompanied by pain and your bump feeling very hard. Bleeding that needs a sanitary pad or is running down your legs needs medical attention and it would be recommended that you go to hospital urgently for close monitoring of yourself and your baby.

Bleeding during early labour is normal if in small amounts. A blood-stained show is a common sign that labour maybe or has started. It will appear as a pinky rather than a bright red discharge or as a mucousy show that is stained with blood. Bright red bloody discharge running down your legs and/or soaking a sanitary pad should be checked at your maternity assessment centre.

To summarise, bleeding in pregnancy can have a variety of causes and may be nothing to worry about. It is advisable however, that you discuss any type of bleeding with your midwife or call your maternity assessment centre, who can assess if this is normal or if you need further assessment. 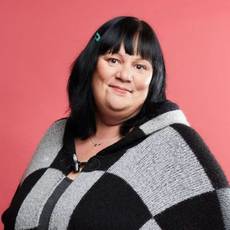 Karen trained as a midwife at The University of Leeds and during her career has worked at numerous hospitals in West Yorkshire. As well as working in the Delivery Suites, Karen was a founding member of the Leeds Homebirth Team, working to support women and helping to develop midwives’ skills in physiological birth. Her passion lies in homebirths and waterbirths and also supporting women to own their choices in pregnancy and childbirth.

No Harm Nipple Balm For Breastfeeding

No Harm Nipple Balm For Breastfeeding